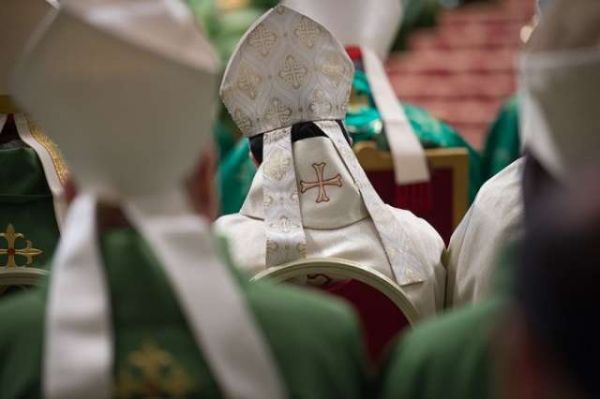 Richmond, Va., Jun 28, 2019 / 02:44 pm (CNA).- In the wake of recent sexual abuse scandals throughout the U.S., the Diocese of Richmond has announced that it will no longer name buildings and institutions after clergymen and religious founders.

The new policy went into effect on Thursday, as six names were added to the diocese’s list of clergy with credible sexual abuse accusations against them. The diocese said the additional names reflect new information recently brought forward.

“Overcoming the tragedy of abuse is not just about holding accountable those who have committed abuses, it is also about seriously examining the role and complex legacies of individuals who should have done more to address the crisis in real time,” said Bishop Barry Knestout of Richmond.

“The continued honorific recognition of those individuals provides a barrier to healing for our survivors, and we want survivors to know that we welcome and support them in our diocese,” he said in a June 27 statement form the Diocese of Richmond.

Schools, institutions, and parish buildings will from now on only be named after saints, titles of Jesus and Mary, mysteries of the faith, and the locations where the ministries were founded.

Buildings and institutions may no longer be named after bishops, pastors, or the founders of organizations. Rooms and parts of buildings that are already named are exempt from the policy. The archdiocese clarified that the new rules do not prohibit the placement of plaques which recognize historical figures or donors.

“While the name of the school is changing, our mission remains the same, based firmly on Catholic teaching,” said Kelly Lazarra, superintendent of the Diocesan Office of Catholic Schools. “Catholic High School is dedicated to nurturing intellect, shaping character and forming Christian values.”

This move follows a nearly 10-year campaign by resident Thomas Lee, who says he was abused by a priest in the diocese and that Bishop Walter Sullivan covered up the abuse and allowed the priest to continue in ministry.

“This will go a long way in the healing process,” said Lee, according to WTKR.

Bishop Knestout issued a renewed apology to all those affected by clerical sexual abuse.

“It is my hope and prayer that the policy change is another way to continue to assist survivors of abuse in their healing, especially those who have, in any way, experienced the failure of Church leadership to adequately address their needs and concerns,” he said.