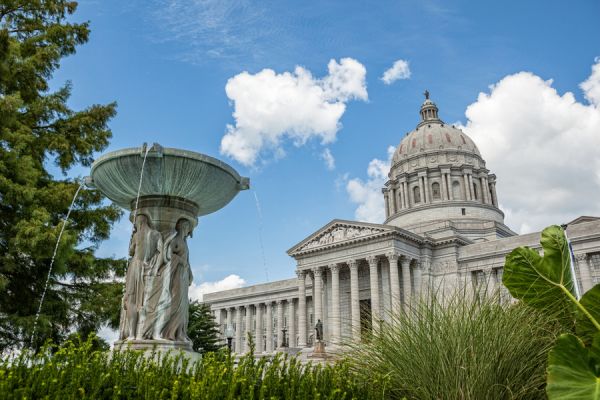 Jefferson City, Mo., May 16, 2019 / 04:15 pm (CNA).- The Missouri Senate has passed a bill that would ban most abortions after eight weeks of pregnancy. Legislators responsible for the bill have said that, unlike recent measures in other states, the bill is specifically designed to pass scrutiny under legal appeal.

After passing a senate vote on May 16, the measure now moves to the state House of Representatives.

House Bill 126 includes a ban on all abortions past eight weeks of pregnancy except in cases of a medical emergency. Doctors who perform abortions after that point could face a 15 year jail sentence, but women who recieve abortions would not be punished.

“I think we’ve crafted a bill that will win in the courts,” state Senator Andrew Koenig, one of the bill’s sponsors, told CNA after the senate vote on Friday.

According to Koenig, the bill’s provisions are justified by a 98.5% chance of an unborn child  surviving to term after eight weeks, compared to a 24% chance of a natural miscarriage at five weeks and under.

“We believe that the state of Missouri has an interest in protecting that viable pregnancy [after eight weeks],” the senator said.

State Representative Nick Schroer, the bill’s sponsor in the House, told CNA in February that he worked with fellow lawyers to craft the bill so that it would stand up to judicial scrutiny.

“We looked at a bunch of case law and worked with attorneys on this,” Schroer said.

Schroer said that should a district court rule against the bill’s eight-week ban coming into force, the law would still include a further ban at 14 weeks. Schroer said roughly two-thirds of abortions in Missouri take place before 10 weeks.

The bill invokes the Eighth Amendment to the Constitution and argues that most abortions performed at 14 weeks gestation invovle in utero dismemberment, which the bill terms “cruel and unusual punishment.”

While the Eight Circuit Court of Appeals has not previously struck down a 14 week ban, Koenig noted, even if it were to do so the bills contains additional bans at 18 and 20 weeks, when doctors are required to certify that the unborn child can feel pain.

“We call it the ‘heartbeat bill,’ but it actually operates a lot differently than any other heartbeat bill that’s passed,” Koenig explained.

Several states, including most recently Georgia, have passed so-called “heartbeat bills” which would prohibit abortion after the detection of a fetal heartbeat as early as six weeks into a pregnancy. Kentucky, Mississippi, Ohio and Georgia currently have “heartbeat” laws waiting to come into force, while courts have struck down similar restrictions in North Dakota and Iowa.

The Missouri bill’s sponsors say they knew that to avoid falling to similar legal challenges, they had to draft a bill not already covered by court precedent.

“We need to give the courts something that doesn’t have precedent behind it, but accomplishes the same goals,” Koenig said.

“Ultimately I think other states can take our language and start really limiting abortion, because I think our law will, for the most part, get upheld.”

The Missouri vote came hours after Alabama Gov. Kay Ivey signed into law a near-total ban on almost in that state. Unlike the Missouri bill, the Alabama law is intended to generate a court battle and challenge the 1073 Supreme Court decision in Roe v. Wade.

“[Our law] is not a piece of legislation that is designed for a challenge,” Missouri House Speaker Elijah Haahr told the Associated Press.

“This is the type of legislation that is designed to withstand a challenge and to actually save lives in our state.”

The Missouri bill also provides for a 70% tax credit for donations Missourians make to pregnancy resource centers on or after January 1, 2021 to foster a “culture of life” in the state, Koenig said.

If passed, the law would also prohibit “selective” abortions following a medical diagnosis or disability such as Down syndrome, or on the basis of the race or sex of a baby.

“For me as a Catholic, for me being pro-life, this is common sense to me,” Schroer said.

The St. Louis Post-Dispatch reports that since peaking at more than 20,000 per year in the 1980s, in 2017 the annual number of abortions in Missouri had dropped to fewer than 7,000.

The bill would also require any abortion providers operating in the state to have at least $3 million in insurance to cover women in case of botched abortion procedures.

“I think that’s actually a huge provision we added in the Senate,” Koenig said. “I think ultimately we’ll be able to eliminate abortion in Missouri because of this bill, but I think also because Planned Parenthood would just say it’s not worth doing business in the state of Missouri.”

Missouri has only one abortion provider in the state, a Planned Parenthood clinic in St. Louis.

A Planned Parenthood clinic in Columbia, MO has been blocked from performing abortions since October 2018, after the facility failed to adhere to state rules and license expired. No abortions have been performed there since.